Last time we talked about how I got into this mess! Now let’s define the mess.

Last time we talked about how I got into this mess! Now let’s define the mess.

Ever had a great idea only to find out that someone else did your thing years ago? The high of thinking up something new is dashed by the realization that it wasn’t that new at all. Google has greatly increased the speed of this mental rollercoaster ride. I used to feel this disappointment acutely – but over time, I reframed it. Now when I see someone else doing my thing I think, “Damn, I’m not actually insane, that was a good idea!”

Step one of this undertaking was to make sure that I was not insane. My first calls were to my colleagues at Boston Medical Center (BMC) who had started up an expansion lab to test more people at their site. The generosity of these folks cannot be overstated. Back in April they were still in the throes of the Boston surge, yet they gave me all the information, explanation, and time that I needed. They laid out the challenges ahead and linked me to the answers to my questions.

I then followed up with some very close reading of a preprint put out by the Berkeley team that outlined all of the hurdles they overcame to make their lab a reality. As I read through that paper, I was soothed. It was a blueprint with clear metrics for success – things I could get done. Then, I got to the last page of the preprint. It had an acknowledgements list of people who had helped the lab team get up and running. There were about 50 people on that list, and around 15 organizations. The magnitude of this endeavor became clear.

When a job is this big, you should first ask “can I just buy this?” In other words, can I pay money to leverage the invested time and expertise that others have already put in and get all of or most of what I need? It’s the difference between buying a fixer upper that requires a huge remodeling project, and just buying something move-in ready that you like well enough. The former may allow you to get every detail the way you want it, but the latter would be a whole lot easier in terms of time and aggravation.

The major limitation to just buying from a testing service was cost. The big-box stores of laboratory testing were already struggling in April to promise COVID-19 test turnaround times of less than 3 days. On a campus like ours, with students, faculty, and staff coming and going on schedules, models showed that we were going to need 24 hour turnaround time, or it wasn’t going to make sense to test at all. So, the big testing companies were out. Other options available in the Northeast had price points significantly higher than what we knew the cost of materials to be, so we started to research in-house testing.

Turns out professors are a bit out of the loop when it comes to real-life project budgets – or at least I was! My idea of what physical things like reagents and instruments cost is usually an overestimate, since I’m usually doing one off experiments and almost never can take advantage of scale. My idea of personnel costs skewed in the other direction. Academic labs are home to extremely motivated and sharp young people who are working overtime to get their degrees at a rate significantly below what they will be earning the second they step out of our doors. For this project we needed to hire professionals with experience doing specialized testing. Same with space and overhead costs. It is often a conceit of those of us who bring in research dollars that we are “making money for the university.” Actually, most research active departments cost the larger organization money, while places like the law school bring in cash because they sell a high priced product that doesn’t take up a lot of specialized space!

To condense a lot of spreadsheets into one sentence, I am happy to say that we were able to predict a cost per test in a new facility well below what we could get from any of our other options.

Next time we will talk about procurement – or as I like to call it, shopping! 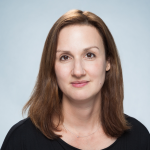 Find me on Twitter @DrKlapperich View all posts by Catherine Klapperich